Learning to See the Moral Realm:
An Interview with Paul Nedelisky, Part Two 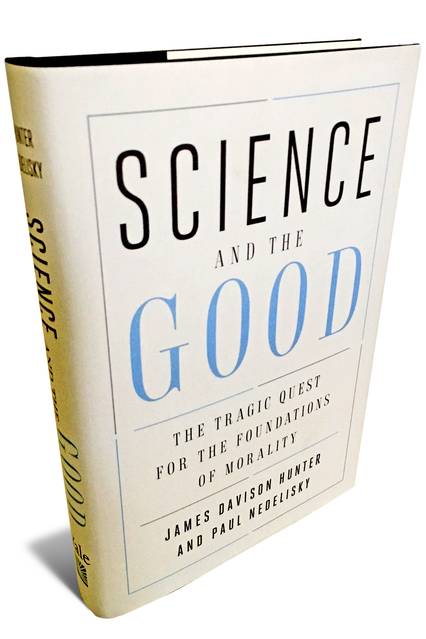 In Science and the Good: The Tragic Quest for the Foundations of Morality (Yale University Press, 2018), co-authors James Davison Hunter and Paul Nedelisky narrate the origins and development of the centuries-long attempt to discover a scientific foundation for right and wrong.

The following is the second part of an interview with Paul Nedelisky, who is Assistant Director of the Institute for Advanced Studies in Culture at the University of Virginia. Read Part One of the interview.

The interview was conducted by John Nolan, a second-year MATS student at Regent College. He is also working as an assistant to Professor Jens Zimmermann at the Houston Centre for Humanity and the Common Good.

John Nolan: Since science can’t tell us about morality, how might we know what’s right and wrong?

In my view, people have to be taught how to see the moral realm; even though everybody has the faculties that enable them to see it, those faculties have to be developed and cultivated. Another analogy: I remember when I was a little kid, I spent a lot of time walking around the woods with my grandfather, and sometimes he could smell rattlesnakes. I could never smell them. And I’m sure that my nose was better than his nose! He was 65 and I was 10. But I didn’t know what to smell for; I had the basic faculties, but I was untutored.

Learning to see the moral realm takes a long time; there are no CliffsNotes. I think what really teaches people this are deep moral traditions—and most of those are religious. Part of the problem of modernity is greater and greater uprooting of people from traditions via the acids of pluralism, via the pull of a meritocratic, cosmopolitan economic order in which everybody’s climbing the ladder, no matter where that ladder takes them, and it’s going to take them away from their home. It’s hard to get any stable system to grow there. It’s hard to cultivate the kind of deep, religious—or at least moral—culture that can provide moral knowledge. Some are fortunate to have grown up with that, but most of us don’t. So now we’re stuck with just trying to hammer out agreements where we can.

So ideally, we find ourselves in the situation of everybody being embedded in a thick moral tradition—but not necessarily the same one.

That’s right. And I should say: while I don’t think that science can give us moral answers in a way that resolves disagreement, I also don’t think that morality is totally a-rational. It is intelligible. It can be understood. So I think the best you can do in such a future, very different world in which everyone is embedded in rich moral cultures, I think what the different traditions would have to do is talk to each other a lot, watch each other’s movies, hear each other’s songs, live beside each other and see what they think.

As Christians, we are committed to the reality that love is something that’s good for people, no matter what they might profess. So if we, as Christians, are loving neighbors, I think that’s the best that we can do. From a rational standpoint, I think it’s a pretty good path forward, because you’re not presuming the falsity of someone else’s system when you help them or love them. And no matter what someone might claim to profess, even if they say, “I’m against love” or “love is weakness,” they’re still human beings and they’re capable of receiving an act of love as a gift and being shaped by that. Still, I don’t see such Christian witness leading to everyone being on the same page. I’m not an historian of late antiquity, but my sense is that the reason the West became Christian was more about Constantine becoming a Christian than anything else. In the Roman empire before Christ and around the time of Christ, there was a lot of agreement of a certain kind that was imposed by force. But that’s not the right way forward for us.

I don’t know how, in a world full of fallen humans, you can get back to the state where so many people are on the same page, morally speaking. As Christians, that shouldn’t be our goal via political means, or even in our day-to-day interactions with people. Our goal should be the neighbor in him- or herself. We shouldn’t think that if we keep loving our neighbors, then eventually it’s going to level up into something else. A) I don’t think it’s going to happen; and B) that’s a good way to start taking shortcuts and bureaucratizing or instrumentalizing Christian love.

Right—introducing technique into something in which technique ought not be introduced.

In conclusion, I suspect that North American churches’ moral imaginations have been impinged upon and distorted by at least some of the features of the new moral science. Could you give an example?

I have to admit that I don’t know much about the Church in North America. I attend an evangelical church and probably know most about that corner. From my vantage point, evangelicals are not reading the new moral scientists, but it’s what I’d call a common cause situation, where some of the causes for the new moral science are also impinging upon the Church in North America. At the level of really big movements or dynamics, part of the driving philosophical and cultural motivation for the new moral science is, as we’ve said, a view of reality that sees everything in terms of mechanical interaction: hooks and eyes and levers and pulleys and inclined planes and gears and wheels. And anything that can’t be slotted into those categories isn’t real. So you’re left with a world that is basically there for you to instrumentalize and to do with as you please. That perspective is hard to escape for most people who live in the West—or, maybe with globalism, most people in the world these days. I’m not against capitalism, but I do think it’s an economic system that brings with it a tendency to see things as resources—and resources not to steward the earth, but resources for the interests of capital, for political interests, and for interests of power. The church, like everyone else, is being influenced by those currents. That’s very general and abstract, but it’s real and ubiquitous.

Also, in my co-author James’ book To Change the World, part of his argument is that by getting really involved in politics, big chunks of the church in America have, functionally speaking, become nihilists. There’s a strong functional resemblance to the way of proceeding in the world that the new moral scientists accept. The path of influence isn’t through the new moral science, but it’s through the background conditions that gave rise to both.

How much of this do you think is reducible to an unbelief in the invisible?

That’s absolutely crucial. The specific elements of reality that account for morality are not visible. You can perceive value, but it’s not because you can see it. It’s something else that we don’t understand because we’ve been hamstrung by empirical approaches to human perception since the end of the Middle Ages.

Right. You can see and perceive the physical correlates of joy—but you can’t see a thing called “joy.”

Yes. You discern your good friend’s personality and moral qualities, but they’re hard to pin down. And you definitely can’t empirically understand them or detect them.

This disbelief in the invisible—I used to think that was almost the whole deal. But it’s also the urbanization narrative we spoke of earlier. The sources that enable people to detect the invisible or understand the invisible have receded based on social and economic pressures. People are pulled away from nature. So many people in the world have never climbed a tree or waded in a river. You’re seeing things that God has designed, and the beauty is hard to deny. It forces your mind to go places that it wouldn’t otherwise go. But if all you interact with is 70-year-old skyscrapers, bad office furniture, fluorescent lights in a dingy apartment, and the internet, everything you interact with is a result of human manufacturing. And in most cases, it isn’t very good. You’re cut off from a big source of the value of the world.

But also, I think another huge plank of this is the disembedding component that I was talking about earlier, where people are pulled out of their traditions, they leave their homes to go to school, as is the goal for many people today. Then you chase the best job around the world, and so on. Under these conditions, it’s almost impossible to be a part of a deep moral culture, because you need other people, you need a tradition, you probably need a traditional religion.

So yes—it’s because we don’t believe in the invisible, but maybe the biggest reason we don’t believe in it is because we were taken away from one of the main sources that gets us in touch with it. God made the mountains. But we have unintentionally built a society that prevents us from being reminded of this. And even though God gave us the creativity and the ability to make artifacts, our motivations for making most of the artifacts that we happen to have made were not good. The goals were efficiency. The goals were profit maximization.

That’s right. And the mountains are uncompromising and beautiful. Even though we could ask whether God really “made” the mountains or if they are byproducts of systems God put in place, you’re closer to God’s creative activity looking at a mountain than you are looking at an office chair. We’re even closer when we see living organisms. If you look at an animal up close, you pick up a dead yellow-bellied sapsucker woodpecker, they’re unbelievably beautiful and detailed. And if you look at living organisms up close, you’re struck by their gratuitous beauty. It’s so far beyond what was functionally necessary for survival. If you’re being honest with yourself, it’s hard to maintain that it was accidental. There are so many ways that body parts could have gotten where they needed for the organism to pass on his genes—ways that didn’t require it to be gorgeous. You’re not going to encounter that living in modern life—even if you’re in the country, because you’re probably going to be online all day! The internet is like a global city we all live in now, so it’s just going to serve as an accelerant of removing us from nature and making it harder to see these invisible qualities.

So that might explain part of why people have fallen into the naturalist/nihilist ditch. But of course, even if the industrial revolution hadn’t happened, that doesn’t mean people are going to be Christians. My gut sense is that where we encounter Christ is through His body, is through His Church and His Word. These are the ways in which He tends to reveal himself to people: through us when we love other people, and through His Word, when we read it. And sometimes in person—but that’s less talked-about and less common.

Read the first part of this interview. 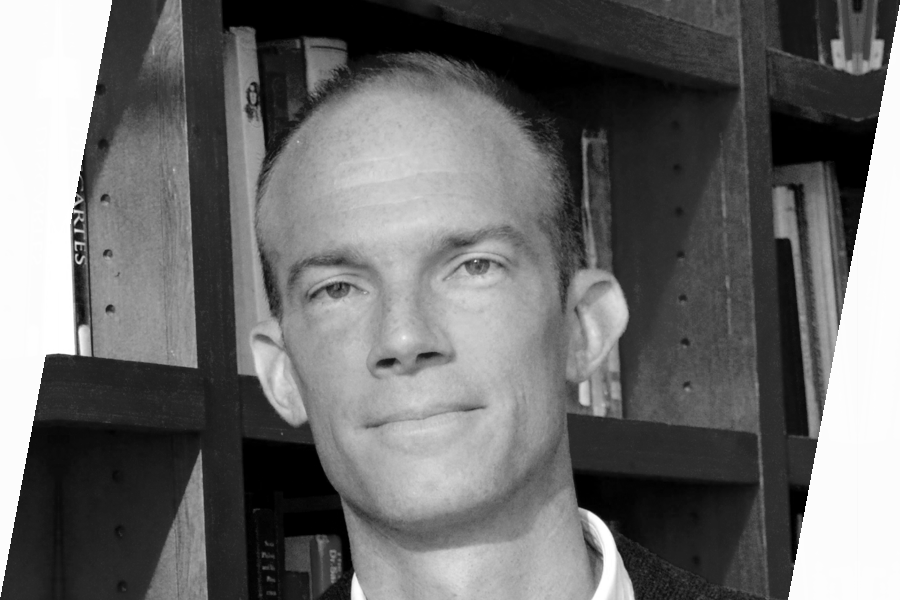